Durham Miners Association hands Redhills over to the people 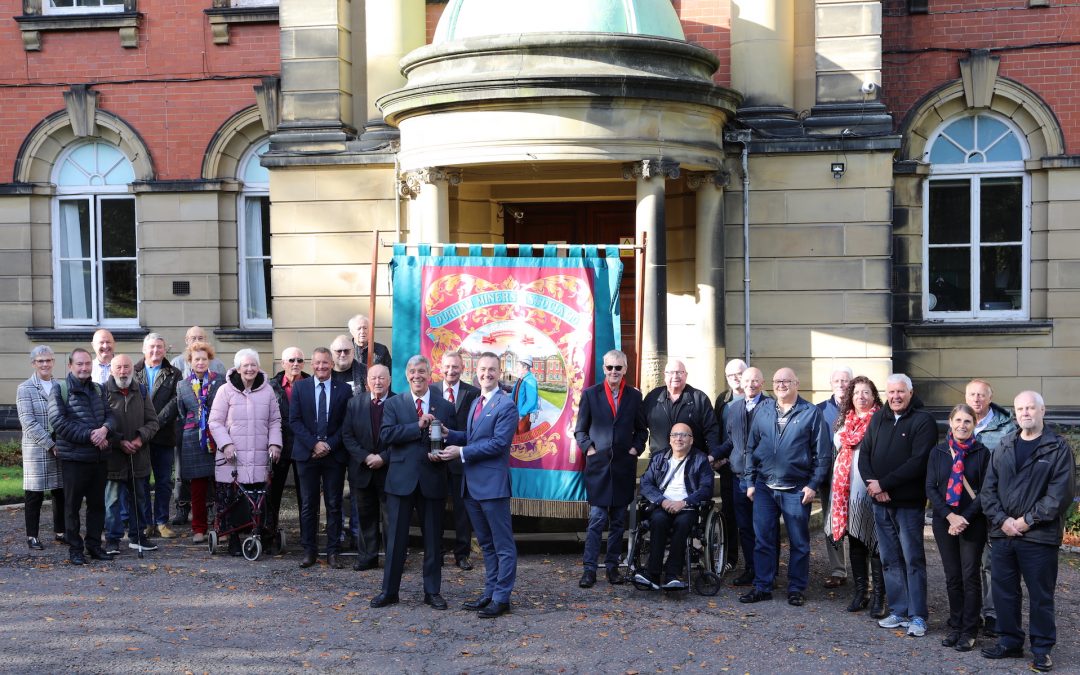 The Durham Miners Association (DMA) has handed over ownership of its historic home to the people.

The DMA is honouring the pledge it made when it launched its plan to secure the future of Redhills, Durham Miners Hall.

The magnificent, Grade II-listed building was purpose-built as the headquarters of the DMA in 1915. At its heart is The Pitman’s Parliament, from where elected delegates created a pioneering social system across Durham’s communities before the advent of the national welfare state.

The DMA has spent four years working to secure the future of Redhills as a centre of heritage, culture, and education. Earlier this year, it was awarded £4.5million from the National Lottery Heritage Fund, enabling its vision to become reality.

When the DMA launched The Redhills Appeal, it pledged that it would hand over ownership of the Miners Hall to the communities of the Durham coalfield. Today, the DMA has honoured that pledge.

The DMA has been working this year to create a charity, constituted to serve as stewards of the Miners Hall on behalf of the public.  Today (October 21), ownership of Durham Miners Hall transfers to Redhills Charitable Incorporated Organisation (CIO).

With a board in place, Redhills CIO will receive the pledged funding, ensure the renewal programme is completed and that the Miners Hall serves its communities for generations to come. The public will have an active role in shaping the renewed Miners Hall and its future activities, including through a community network launched in April this year.

This is an historic day for the DMA and our communities as we take this vital step in ensuring the future of the Miners Hall. Today, we return Redhills to the people. Our thanks go to the CIO board members who have stepped up to serve as the stewards of Redhills on behalf of our communities. All have a deep affinity with our communities and commitment to ensure success for the Miners Hall. All of us at the DMA know that Redhills will be in safe hands and will serve our people for generations to come.

The Redhills CIO board is chaired by Chris McDonald. From a mining family in Blackhall, Chris is the CEO of the Materials Processing Institute – and cornet player in the Durham Miners Association Brass Band.

Redhills is much more than a building. It represents the work, sacrifice and achievements of Durham’s miners and their families across the generations. It is deeply important to the people of the county. It is our great honour and responsibility to take care of the Miners Hall on their behalf. We are all determined that Redhills will serve as a great legacy for the remarkable people who have gone before us.

We will achieve this by ensuring Redhills is here for their communities, serving as an inspiration and a platform for new achievements.

The story of the Durham miners will continue to be written.

Chris and Alan were joined at Redhills by members of the DMA executive and the county’s banner groups representing former mining communities across the Durham coalfield.

From Redhills, the DMA provided education, sickness and unemployment benefits, retirement homes, medical care, community centres, libraries, sports fields and more. This helped provide a platform for the people of the county and a distinct and vibrant culture flourished.

The restoration and renewal of Redhills will cost a total on £7.25m, with Durham County Council providing £1.1million in matched funding and a further £1.65m pledged by trades unions and other supporters.

The historic hall will be fully restored and the addition of new buildings with modern facilities will enable Redhills to improve accessibility and offer a wide-ranging programme of activities and community resources. The renewed Redhills will use cutting-edge audio-visual technology to bring to life the rich history of the DMA, the people and the communities of the Durham coalfield.

Building work at Redhills is due to get underway early in 2022. The renewed Redhills is then due to reopen to the public in Spring 2023.