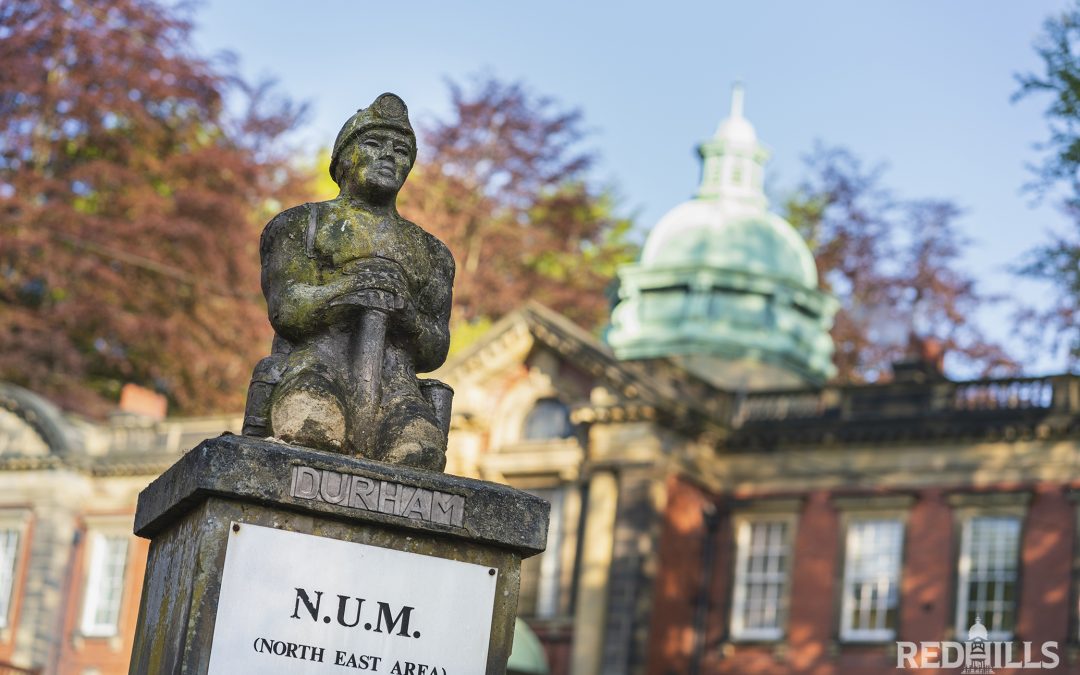 Two prominent supporters of Redhills came together to discuss ‘Levelling Up’ or ‘left-behind’? Restoring opportunity in UK Society as part of a University College London series, which was so successful they were invited to discuss again at Durham Cathedral.

Dr Fiona Hill and John Tomaney, Professor of Urban and Regional Planning at University College London, illuminate the example of County Durham, drawing upon personal experiences and research to discuss policy solutions and how we can return hope to ‘left-behind’ places.

The Durham Cathedral lecture can be found below:

Redhills Chair Chris McDonald welcomed Fiona Hill to Redhills in April 2022 and learned about her inspiring journey from Roddymoor to the White House, a conversation CEO Nick Malyan enjoyed as a guest at her talk at her old school Bishop Barrington in June. A recording of the talk can be found below.

Redhills Chair Chris McDonald and Dr Fiona Hill on the grounds at Redhills.

Easter’s visit was Fiona’s second visit to Redhills, with the first visit relating to the start of her impressive academic journey. She holds a master’s in Soviet studies and a PHD in history from Harvard University, where she was a Frank Knox Fellow. Also, Fiona holds a master’s in Russian and modern history from St. Andrews University in Scotland and has pursued studies at Moscow’s Maurice Thorez Institute of Foreign Languages. She received a scholarship from Durham Miners Association to help her start her academic career.

Fiona is a former official at the U.S. National Security Council, where she specialised in Russian and European affairs. Fiona was called as a witness in the November 2019 House hearings relating to the impeachment inquiry during the first impeachment of Donald Trump, which was documented and televised worldwide.

Professor John Tomaney is a Trustee of Redhills CIO; a charity constituted to serve as stewards of the Miners Hall on behalf of the public. In his academic career, John has published over 100 books and articles on questions of local and regional development, including Local and Regional Development (2nd Edition, Routledge, 2017) and Handbook of Local and Regional Development (Routledge 2011) co-authored with Andy Pike and Andrés Rodríguez-Pose. He has undertaken numerous research projects in the UK and elsewhere. Among the organisations for which he has conducted research are UK Research Councils, government departments in the UK and elsewhere, the European Commission, the OECD and local and regional development agencies and private sector and voluntary organisations and think tanks in the UK and abroad. He has given evidence to Royal Commissions and Parliamentary Committees in the UK. In addition, he is a regular commentator in the UK media on matters of local and regional development.

Their UCL talk, introduced by Sarah Chaytor, UCL’s Director of Research Strategy & Policy, can be found via SoundCloud by clicking here or below

You can also find out more about the work undertaken by UCL in County Durham in association with the Redhills Charity by visiting the Understanding ‘Left-behind’ Places: Developing a Deep Place Study UCL webpage.