Schoolchildren to bring history of Durham miners to life 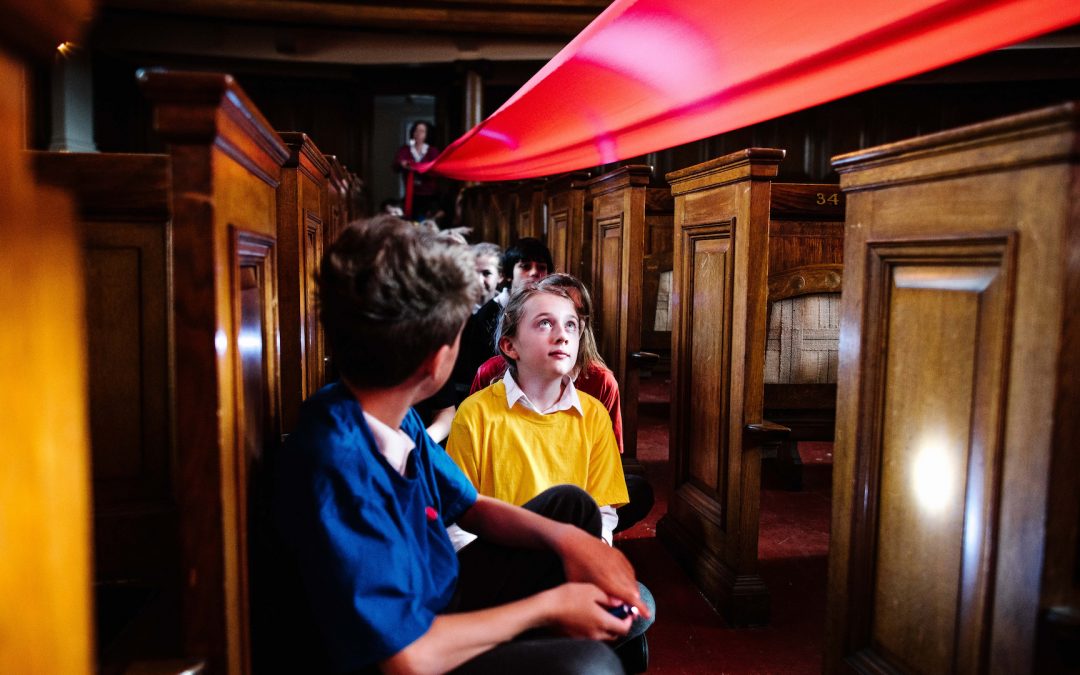 School children will bring the past to life at a public performance in the historic home of the Durham miners.

The event will mark the culmination of an arts and education project at Redhills: Durham Miners Hall.

The Pitman’s Parliament Project will see pupils from St John’s School, Bishop Auckland, explore the tumultuous history of life on the Durham Coalfield through industrialisation, mining disasters, and unionisation.

The pupils will spend five days in the magnificent Redhills, learning about brass bands, banners, and building communities.

The project is a collaboration between education charity Hand Of, the Durham Miners’ Association (DMA), The Parliamentary Archives, and brass musicians Clara Hyder, Martin Thomson and Ian Sankey.

Working with historians, archivists, musicians, and artists, the children will create a new and unique performance piece, which will be presented to the public on Friday 14 February.

“Redhills is a unique and inspiring place of local and national importance. The decisions taken in The Pitman’s Parliament had great impact on the lives of the people of Durham and changed the course of British history. This project will enable schoolchildren to explore their heritage in an engaging and tangible way, and provide them an opportunity to create something new – reflecting the motto of the Durham miners: ‘the past we inherit; the future we build.’”

The first Pitman’s Parliament project was held at Redhills last year, involving pupils from St Oswald’s and Blue Coat primary schools. It also marked the first time The Parliamentary Archives had worked with schoolchildren outside of London, bringing the 1842 Mines and Collieries Act, which set the minimum age for a child working in mines at ten.

In its 150th year, the DMA launched The Redhills Appeal to renew its historic home as a centre of education, heritage and culture.

“We were deeply impressed with last year’s project. It culminated in a public performance which was full of meaning and honesty. Providing children opportunities to connect with and understand their heritage is central to The Redhills Appeal and our efforts to renew Durham Miners Hall for the benefit of future generations. We are delighted that The Pitman’s Parliament project is returning in 2020.”

Alan Mardghum, Secretary of the DMA

In March, the DMA will discover if its funding bid to the National Lottery Heritage Fund has been successful. The bid is critical to the future of Redhills.

St John’s pupils will present their new performance piece at Redhills, Durham Miners Hall on Friday 14 February. Doors open for a drinks reception at 3.30pm. The performance will begin at 4pm. Admission is free by registration below.

Register
We use cookies on our website to give you the most relevant experience by remembering your preferences and repeat visits. By clicking “Accept All”, you consent to the use of ALL the cookies. However, you may visit "Cookie Settings" to provide a controlled consent.
Cookie SettingsAccept All
Manage consent