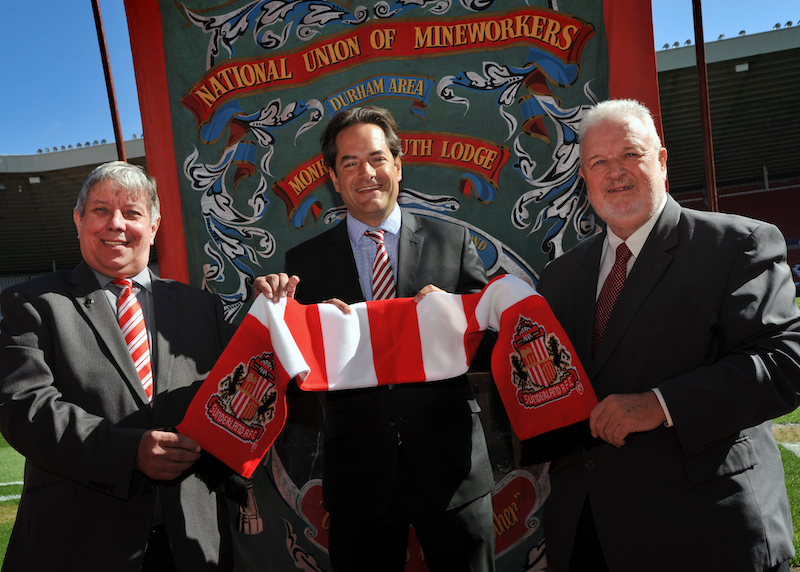 Sunderland AFC is backing The Redhills Appeal in a new partnership with the Durham Miners’ Association.

The two institutions are joining forces to celebrate their shared histories and the mining heritage of the region.

The club is giving its support to The Redhills Appeal, the DMA campaign to secure the future of Durham Miners Hall as a vital centre of education, heritage, and culture. The success of appeal will ensure that Redhills serves as a living, vibrant legacy for the countless Durham miners, their families and their communities, who built it and have ensured it has survived for more than a century.

Charlie Methven, SAFC Executive Director, said: “There is a wonderful shared heritage and synergy between our two great organisations, which is something we are tremendously proud of. Our partnership with The Durham Miners Association will ensure that the history on which we were built remains firmly part of our future.”

The club has also dedicated its last home day of the season at the Stadium of Light – built on the site of Wearmouth Colliery – and has joined the Marras – Friends of Durham Miners’ Gala, in support of The Big Meeting.

Join SAFC and give your support to The Redhills Appeal here.